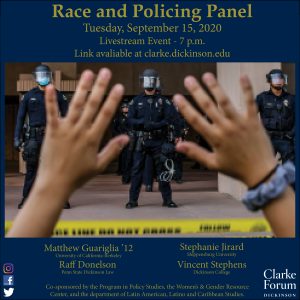 The murder of George Floyd catalyzed great social upheaval in the U.S. and prompted protests across the world. In addition to Floyd, numerous high profile cases of unarmed Black Americans killed by police, including Breonna Taylor and Elijah McClain, have garnered national and international attention already this year. The names of victims of police violence and brutality have become a rallying cry to “defund the police.” However, detractors of the protests insist that law enforcement officers serve as the “thin blue line,” preventing society from unhinging and degrading into criminality and chaos. This panel will explore the relationships between race and policing in the United States, including discussion of the history of the police and their response (at local, state, and federal levels) to protests since Memorial Day weekend.

This program is sponsored by the Clarke Forum for Contemporary Issues and co-sponsored by the Program in Policy Studies, the Women’s & Gender Resource Center, and the department of Latin American, Latinx and Caribbean Studies. 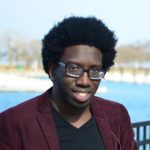 Raff Donelson is an assistant professor at Penn State Dickinson Law. His research and teaching focus on constitutional law, criminal procedure, and legal philosophy. His writing has appeared in law reviews, philosophy journals, and other outlets, both scholarly and popular. In August 2020, Donelson was interviewed for the Ipse Dixit podcast about his work in punishment theory. In 2017, an interview with Donelson was published on Legal-Phi, an online venue showcasing rising stars in legal philosophy. Donelson holds a J.D. and a Ph.D. in Philosophy from Northwestern University, an M.A. from the University of Chicago, and a B.A. from Williams College. 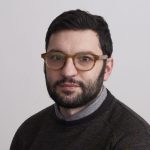 Matthew Guariglia ’12 is a scholar of U.S. race and policing and its exportation around the world. He holds a Ph.D. in history from the University of Connecticut where his dissertation on how race, immigration, and empire created the modern police department was awarded the Outstanding Dissertation Prize from the Immigration and Ethnic History Society. He currently serves as a policy analyst researching police and federal surveillance at the civil liberties organization the Electronic Frontier Foundation and is a visiting research scholar at University of California-Berkeley. His writing has appeared in the Washington Post, Slate, NBC News, and elsewhere. He is also the coeditor, along with Jelani Cobb, of an upcoming new edition of the Kerner Commission Report being published by W.W.Norton and is currently working on his first monograph, tentatively titled: Police and the Empire City: Race, Immigration, and the Global History of Policing New York. At Dickinson, he was a history major in the graduating class of 2012 and the recipient of the Morris W. Prince Prize in Support of Graduate Study in History. 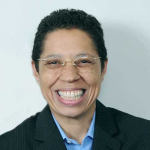 Stephanie A. Jirard is the chief diversity officer at Shippensburg University (PA), where she has also been a professor of criminal justice for 17 years. Prior to teaching, Jirard was a lieutenant in the U.S. Navy’s Judge Advocate General’s (JAG) Corps, a trial attorney under Janet Reno at the U.S. Department of Justice, was both an assistant U.S. attorney and assistant federal public defender in the District of Massachusetts, and defended indigent clients facing the death penalty at trial as an assistant public defender in the capital litigation unit in Columbia, Missouri. Jirard is the author of two textbooks on criminal law and procedure and speaks widely on issues of racial equity. 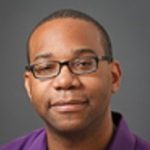 Vincent L. Stephens is the director of the Popel Shaw Center for Race & Ethnicity at Dickinson College. He completed his Ph.D. in American studies at the University of Maryland College Park in 2005 and has held teaching and administrative positions at various institutions. Stephens coordinates the Bias Education and Response Team (BERT) and serves on multiple College committees. He is also the 2020-21 president for the Pennsylvania chapter of the National Association for Multicultural Education (PA-NAME). An active scholar and teacher, he is the author of Rocking the Closet: How Little Richard, Johnnie Ray, Liberace, and Johnny Mathis Queered Pop Music (University of Illinois Press, 2019), co-editor, with Anthony Stewart, of Post Racial America? An Interdisciplinary Study (Bucknell University Press/Rowman & Littlefield, 2017) and a contributing faculty member in the Department of Music.

Blacks, Cops, and the State of Nature