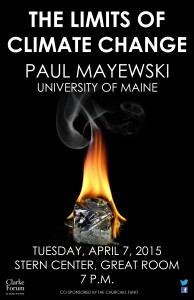 The Limits of Climate Change

To understand and predict climate change requires more perspective than is available from a short instrumental climate record.  To expand the climate record in time and space, Mayewski and his teams have recovered ice cores from some of the remotest high and cold places on Earth.  These records tell us a great deal about where we are today in the climate system and enable us to chart the pathways for future mitigation, adaptation and sustainability in the decades ahead. 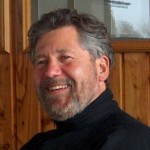 Dr. Paul Andrew Mayewski is director and professor of the Climate Change Institute at the University of Maine and has academic affiliations with the university’s School of Earth and Climate Sciences, School of Policy and International Affairs, and School of Marine Sciences. He is an internationally acclaimed scientist and explorer, leader of more than 55 expeditions to some of the remotest reaches of the planet including many field seasons traveling across previously unexplored regions of Antarctica, many first ascents of mountains and considerable high altitude experience in the Himalayas and Andes.

Mayewski has over 360 publications and two popular books, The Ice Chronicles and Journey Into Climate.  His contributions to science include discovery of: human impacts on the chemistry of the atmosphere; modern Antarctic and Himalayan ice loss; abrupt climate change; and the impact of climate change on past civilizations. He has received numerous honors including the first-ever internationally awarded Medal for Excellence in Antarctic Research, the International Glaciological Society Seligman Crystal (highest in his field), and the Explorers Club Lowell Thomas Medal; developed several highly prominent international research programs in Antarctica, Greenland and Asia and public outreach efforts with organizations such as the American Museum of Natural History and the Boston Museum of Science; and appeared hundreds of times in the media (eg., NOVA, NPR, NBC, BBC, CBS 60 Minutes and most recently ShowTime’s Emmy Award winning climate change series Years of Living Dangerously).