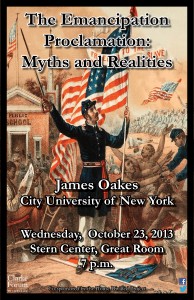 The Emancipation Proclamation is so shrouded in mythology that even today, 150 years later, we are unable to answer the simplest but most important question:  What did the proclamation actually do? 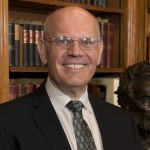 istinguished Professor at the City University of New York Graduate Center, James Oakes has been teaching and writing about slavery, antislavery, and the origins of the Civil War for nearly thirty years. Most recently, he is the author of The Radical and the Republican: Frederick Douglass, Abraham Lincoln, and the Triumph of Antislavery Politics (2007) and Freedom National: The Destruction of Slavery in the United States, 1861–1865 (2012), winner of the Lincoln Prize.