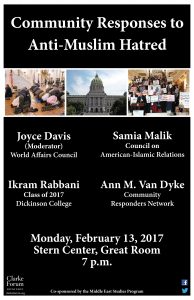 Since 2015, attacks on Muslims have spiked in the United States, including Central Pennsylvania. This evening’s panel will discuss community responses designed to combat anti-Muslim hatred by promoting pluralism and interfaith dialogue. 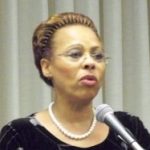 Joyce M. Davis is director of communications for the City of Harrisburg and supervisor of WHBG Channel 20, the region’s government and public affairs television station.  She also is founder and president of The World Affairs Council of Harrisburg. A former foreign correspondent and foreign editor for National Public Radio and Knight Ridder Newspapers, Davis is author of many articles, broadcasts and two books: Between Jihad and Salaam: Profiles in Islam and Martyrs: Innocence, Vengeance and Despair in the Middle East. Davis is a member of several boards, including the World Affairs Councils of America, United Way of the Capital Region, Elizabethtown College, Penn State School of Humanities Advisory Board and State Street Academy of Music. Davis has received numerous awards, including the U.S. State Department’s Distinguished Service and an honorary doctorate from Kyrgyz International University for her work in advancing a free and independent press in the former Soviet Union, and for securing the free flow of information to Kyrgyzstan during the downfall of its dictatorial regime in the “Tulip Revolution” of 2005. 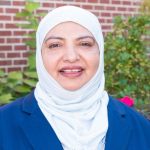 Samia Malik is from Chennai, India, where she attended St. Ursula’s Catholic high school and Stella Maris University. As a student, Malik was active in varsity track and field, basketball, and volleyball as well as debate and literature clubs. A member of several interfaith organizations, Malik serves as director of education for the Council on American-Islamic Relations Harrisburg chapter, co-chair for the Community Responders Network, and board member of the Pennsylvania Immigrant and Refugee Women’s Network. Malik is a task force member of the Pennsylvania Human Relations Commission and board member of the South Central Pennsylvania chapter of the ACLU. She volunteers at an interfaith shelter for the homeless, a shelter for battered women and children, and the Central Pennsylvania food bank. A spokesperson for several area mosques, Malik is a frequent speaker at colleges, schools, churches, and synagogues. For her work in interfaith relations she has received awards from The World Affairs Council of Harrisburg and Market Square Presbyterian Church. 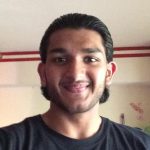 Ikram Rabbani was born and raised in Flushing, NY, a predominantly Muslim Pakistani-American community,  and is currently studying 20th century American History, Secondary Education, and Philosophy at Dickinson. Rabbani devoted his career at Dickinson to prepare himself to teach high school history in an inner city public school. He conducted research in South Africa regarding race and education in Apartheid and Post-Apartheid South Africa, while also comparing those to pre- and post 1954 education in the United States.  More recently, Rabbani studied in Israel and Palestine, focusing primarily on the conflict and attempts at conflict resolution. At Dickinson he works at the College Farm, Media Center, and is the president of the Muslim Students Association. 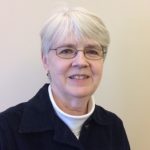 Ann M. Van Dyke is a former civil rights investigator and trainer for the Pennsylvania Human Relations Commission serving for 33 years. For more than twenty years, she worked with communities and schools affected by hate crimes and organized hate groups. She conducted training sessions on civil rights law, state and federal hate crimes laws, and civil tension for municipalities, schools, employers, and religious and civic groups. Van Dyke often partnered with the Pennsylvania State Police, the Office of Attorney General, and Pennsylvania and US Departments of Education, and the US Department of Justice. Since retirement, Van Dyke has been active in the Community Responders Network, which works to prevent and respond to bias incidents; Heeding God’s Call to End Gun Violence, an interfaith group that focuses on the trafficking, purchase and use of illegal hand guns; the Criminal Justice and Community Relations Task Force working to improve police-community relations in Harrisburg; and the Common Ground Community Center on Allison Hill, Harrisburg.