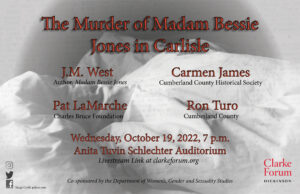 The Murder of Madam Bessie Jones in Carlisle

This October marks the 50th anniversary of the murder of Bessie Jones, who ran a brothel in Carlisle in the mid-20th century. The murder remains unsolved, but Jones’s story is remarkable—she was a black entrepreneur whose clients were exclusively white men. West will provide an overview of Jones’s life and the made-for-television legal case associated with her death. The panel will discuss the complex racial, gender, and sexuality issues that the case brings to light. 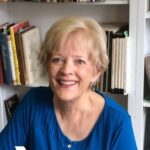 J. M. West, author of the award-winning, Madam Bessie Jones: Her Life and Times,  a tapestry of history: a local brothel owner’s struggles and sacrifices to survive. West also penned the fact based Carlisle Crime Cases series (CCCs) featuring homicide detectives Christopher Snow and Erin McCoy, is a professor emerita of English studies at Harrisburg Area Community College, Gettysburg Campus. She also taught at Messiah College and Shippensburg University (SU) and served as assistant director of the Learning Center (SU). The CCCs include Dying for Vengeance, Courting Doubt and Darkness, Darkness at First Light, Had a Dying Fall, and Things Strangled. Glory in the Flower, her debut novel, depicts four coeds’ struggles during the turbulent sixties.

For four years, West co-hosted the Milford House Mysteries, podcasts of author interviews, and writing tips on the Bookspeak Network at www.blogtalkradio.com and volunteered at Bosler Memorial Library’s, The Bookery, for eleven years. She and her husband live in Carlisle, Pennsylvania. They have two sons and two grandsons. They enjoy their Border Collie mix. In her spare time, West participates in a book club and writing critique group, and reads voraciously. 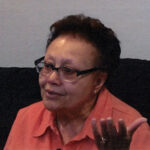 was born in Carlisle, Pa and raised in Mount Holly Springs. After beginning her finance career in Philadelphia, PA in 1972, she retired in 2005 with the corporate title of senior vice president from Wachovia Bank. After returning to Mt.
Holly Springs, James and her husband, Edward, built their retirement home next to the home where she was raised. This Redmond family home was purchased in 1951 and built c. 1878 and was listed on the Cumberland County Register of Historic Places in 2018. James is the president of Mt. Tabor Preservation Project, having attended Mt. Tabor AME Zion church as a child. Mt. Tabor and the cemetery were listed on the National Register of Historic Places in 2021 and the Cumberland County Register of Historic Places in 2017. James is also a board member of the Amelia S. Givin Library, in Mt. Holly Springs, which is also listed on the National Register and Cumberland County Register of Historic Places, and is currently the president of the Cumberland County Historical Society. The Mt Tabor Preservation Project’s mission statement is to ensure Mt. Tabor and the nearby cemetery are preserved, maintained, and their history is shared at the local, county, state and national level. As president of the Mt. Tabor Preservation Project, Carmen shares the history and stories that keep Mt. Tabor and the cemetery on the minds of all that listen to the stories.

Pat LaMarche, award winning broadcaster and journalist, focuses her energies writing and speaking about poverty. Following her 2004 run for vice-president of the United States – a 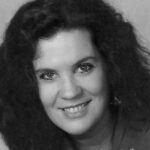 year of her life she dedicated to speaking out against homelessness and its victims –LaMarche became a shelter director caring directly for those experiencing housing and food insecurity. Having authored nine books dealing with poverty and human struggles, LaMarche relies on any and every method available to her to grab the attention of the mainstream public. Her most recent project, The Homeless Remembrance Blanket, will place 9000 square feet of blankets on the West Lawn of the U.S. Capitol, December 21st.

LaMarche believes poverty is a feminist issue, a social justice issue, and an equity issue as well as an economic issue – which is why the story of Bessie Jones’s struggle for economic security is so intriguing to her. 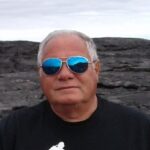 Ron Turo graduated with a bachelor of art’s with honors in history from the Pennsylvania State University in 1978 and received his juris doctor degree in 1981 from the Dickinson School of Law. Upon graduation he became a full time public defender for Cumberland County where he began defending criminal cases from homicides to summary bad checks.  In 1984 he entered the private practice of law  and in 1989 opened the Turo Law Offices. That same year he returned as a part-time public defender and  became the county’s first juvenile defender. In 2015 he retired from full-time practice. Today he continues to serve as the juvenile defender for Cumberland County.

Turo has been a lecturer at the Dickinson School of Law, lectured at Criminal Law Symposiums for the Pennsylvania Bar Association and for Pennsylvania Association of Criminal Defense Lawyers.  He taught juvenile law as an adjunct professor of law at the Widener University School of Law,  Harrisburg and as an adjunct professor at Central Penn College. He is biographee in “Who’s Who in American Law.”

As a lawyer and historian, Turo has recreated famous events in the County’s legal history including the murder of attorney John Faller which occurred in the Old Courthouse in Carlisle in the 1950’s. He has researched extensively the murder and subsequent trial of the accused murderer of Bessie Jones and plans to recreate the trial itself in the Cumberland County Courthouse.