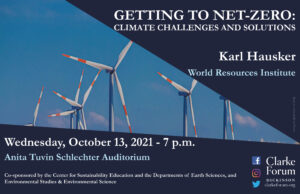 Getting to Net-Zero: Climate Challenges and Solutions

While leaders all over the world have embraced the goal of “net-zero emissions” by 2050, the path to success is complicated by uncertainty and ongoing debate on several of the challenges involved: the potential contributions of renewables, the role of nuclear power, the economic risks inherit in the transition, as well as the roles of the public and private sectors. Hausker will discuss how analysis and modeling of pathways to net-zero can help answer these questions. 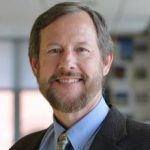 Dr. Karl Hausker is a senior fellow in World Resource Institute (WRI)’s Climate Program. He leads analysis and modeling of climate mitigation and net-zero pathways;  electricity market design; and the social cost of carbon. He led the Risky Business study of clean energy pathways for the U.S., and lectures widely on all these topics . He has worked for more than three decades in the fields of climate change, energy, and environment in a career that has spanned legislative and executive branches, research institutions, NGOs, and consulting. He has led climate policy analysis and modeling projects for USAID, USEPA, the Regional Greenhouse Gas Initiative, the Western Climate Initiative, and the California Air Resources Board. Much of his work has focused on the energy and transportation sectors, and on low-carbon development strategies.

From 2007-2013, Hausker was a vice president at ICF International. He previously served as deputy director at the Center for Climate Strategies and as a principal with Hagler Bailly. Hausker lived in India all of 1999 as a visiting fellow at TERI. His experience also includes: serving President Clinton as deputy assistant administrator in EPA’s Policy Office where he represented EPA in interagency climate policy development and at COP-1; and serving as the chief economist for the U.S. Senate Committee on Energy and Natural Resources, where he worked on a diverse set of issues including electricity restructuring, CAFE standards, alternative fuels, western water policy, nuclear power, and energy security.

Hausker holds an M.P.P and Ph.D. in public policy from University of California, Berkeley, and received his bachelor’s degree in economics from Cornell University.