Protest movements continue to spread in the Arab world, taking different shape according to local political structures and social dynamics and posing knotty challenges to US policymakers to keep up with the breakneck speed of developments.

W. Andrew Terrill joined the Strategic Studies Institute in October 2001, and is SSI’s Middle East specialist. Prior to his appointment, he served as a Middle East nonproliferation analyst for the International Assessments Division of the Lawrence Livermore National Laboratory (LLNL). In 1998-99, Dr. Terrill also served as a Visiting Professor at the U.S. Air War College on assignment from LLNL. He is a former faculty member at Old Dominion University in Norfolk, Virginia, and has taught adjunct at a variety of other colleges and universities. He is a retired U.S. Army Reserve Lieutenant Colonel and Foreign Area Officer (Middle East). Dr. Terrill has published in numerous academic journals on topics including nuclear proliferation, the Iran-Iraq War, Operation DESERT STORM, Middle Eastern chemical weapons, and ballistic missile proliferation, terrorism, and commando operations. He is also the author of Global Security Watch – Jordan (Praeger 2010). Since 1994, at U.S. State Department invitation, Dr. Terrill has participated in the Middle Eastern Track 2 talks, which are part of the Middle East Peace Process. He has also served as a member of the military and security working group of the Baker/Hamilton Iraq Study Group throughout its existence in 2006. Dr. Terrill holds a B.A. from California State Polytechnic University and an M.A. from the University of California, Riverside, both in Political Science. He also holds a Ph.D. in International Relations from Claremont Graduate University, Claremont, California. 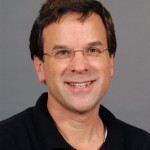