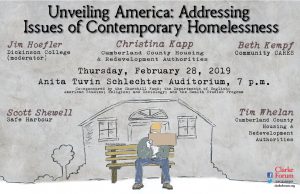 A panel of community leaders will discuss their efforts to find sustainable solutions to homelessness in this region. 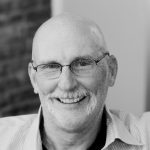 Jim Hoefler is professor of political science and coordinator of the policy studies program here at Dickinson where he has been teaching courses on politics and policy making since he joined the faculty in 1989.

Hoefler’s primary area of research is end-of-life care and end-of-life decision making. He has published several books and numerous articles in this area and has served on the UPMC Pinnacle Carlisle’s Biomedical Ethics Committee since 1993. Jim has also published several websites, done numerous interviews on television and radio, given talks all across the country, and taught courses on the subject of “Managing Death” both here at the college and at the Danish Institute for Study Abroad in Copenhagen.

In his spare time Hoefler is working to extend the Cumberland Valley Rail Trail from Newville to Carlisle. He also volunteers with Domestic Violence Services of Cumberland and Perry Counties.

Christina Kapp was born into a public-service focused family in a small village just outside of Cincinnati, Ohio, and grew up doing disaster relief and community service 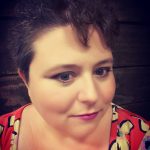 work with her father throughout the Midwest and Atlantic south.  Kapp majored in radio broadcasting with a minor in community development at Mt. Vernon Nazarene University, working for local radio stations and continuing her practice of community outreach and disaster services. After Mt. Vernon, she moved to New York City to continue her studies in theology and social practice at The Salvation Army’s College for Officer’s Training, where she graduated as a commissioned officer with the rank of captain.

While in NYC, she served as a first-wave first responder at Ground Zero on 9/11, running the Greenwich St. Mobile Kitchen and First Aid Station, serving the NYPD, FDNY, and other rescue workers for months after the attack.

When her time with The Salvation Army came to an end, Kapp settled in Carlisle, PA, where she spent several years working in hospice and dementia care as a recreational therapist and chaplain, before taking a two-year long ‘private sector sabbatical’  to work for an international large-format print marketing company as their U.S. national accounts manager, while still engaging as a social activist and as a non-profit coordinator for several projects here in Carlisle [First Night Carlisle, V-Day Carlisle, The Pomfret Group].

In December of 2017, Chris returned to the public sector as the coordinated entry regional manager for the Central Valley Regional Homeless Advisory Board, working through the Cumberland County Housing Authority.  She has helped to implement and oversee one of the most substantial federal and county systems change strategies that has happened in many years, creating ‘one front door’ into the social services system and facilitating unprecedented inter-agency collaborative efforts to end homelessness in our region. She also currently serves as the vice-president of the Cumberland-Perry Local Housing Options Team. 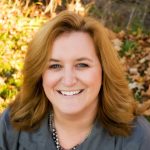 Beth Kempf is the executive director of a non-profit called Community CARES, which provides shelter to about seventy men, women and children every night in Carlisle Pennsylvania.  Beth desires to provide a door of hope, particularly those who experience homelessness.  Before coming to CARES, Beth took teams of people around the world as an ordained minister helping to provided food and shelter for the most vulnerable in those communities.  She believes that serving individuals with dignity and respect can create a sense of community and relationship that can inspire individuals to be better equipped to transform their circumstance.  Her most favorite people to be with are her husband and two daughters, the youngest they adopted at age 15. 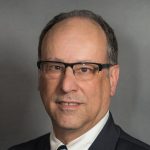 Scott K. Shewell is the president and CEO of Safe Harbour.  Safe Harbour’s mission is to provide housing and supportive services for homeless and nearly homeless individuals and families to help them achieve independent living by improving their basic life skills.

As president, Shewell is responsible for the overall direction and administration of Safe Harbour’s programs in accordance with the organization’s mission and objectives. He manages Safe Harbour finances, facilities, policies, practices, staff, and the relationships between employees and the clients that they serve.  Working with the board of directors, Shewell participates in a collaborative working effort to monitor progress and promote the growth of the organization.

Shewell previously served as vice president for community relations and development for Safe Harbour.  In that role, he was responsible for Safe Harbour’s fundraising initiatives, including the Annual Campaign, major gifts and planned giving, grant development, and state and federal appropriations. Shewell also directed the organization’s public relations and marketing initiatives, special events, and government and community relations.

Prior to joining Safe Harbour, Shewell served as higher education business development manager for Delta Development Group, Inc.  His previous professional positions included serving as public relations director for Barry Group Inc., a strategic planning and implementation firm in York, Pennsylvania; director of public relations with the Pennsylvania School Boards Association; director of public affairs with the State University of New York at Potsdam (SUNY Potsdam); and press secretary, with the Office of the Chancellor for the Pennsylvania State System of Higher Education (PASSHE). 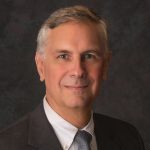 Tim Whelan serves as the executive director of the Cumberland County Housing and Redevelopment Authorities.  In this position, he manages and directs the operations of two complex local government authorities.  The two organizations lead operations of rental assistance programs in Cumberland and Perry counties; operation of public housing program; development and management of multi-family, special needs and homeless housing programs; community development and/or redevelopment activities and programs.  He leads a staff of 60 with combined annual budget of $15 million.

Previously, he served as the vice-president for Community Impact with the United Way of the Capital Region from February 2001 to July 2016.  In this capacity, he was responsible for implementing the United Way’s “community building” activities which focused on developing the Capital Region’s capacity to respond to human service needs.  In addition, he oversaw the organization’s fund distribution process, Volunteer Center and community research activities.

In addition, in his career Whelan served as executive director of the Ned Smith Center for Nature and Art and the South Central Pennsylvania Food Bank.  He worked as the first Eastern Region Coordinator for Second Harvest, the National Network of Food Banks and for the American Red Cross, Baltimore Regional Chapter in Disaster Services.

Whelan holds a Bachelor of Science degree from Frostburg State College in history, Far Eastern Concentration and a Master of Social Work degree from the University of Maryland at Baltimore.