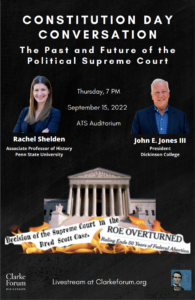 The Past and Future of the Political Supreme Court

This program is sponsored by the Clarke Forum for Contemporary Issues and the House Divided Project. It is also part of the Clarke Forum’s Leadership in an Age of Uncertainty Series. 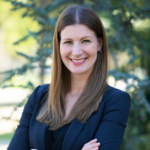 Rachel Shelden is an associate professor at Penn State University and the director of the George and Ann Richards Civil War Era Center. Her work centers on the long U.S. Civil War era with a focus on politics, culture, slavery, constitutionalism, and law. Her first book, Washington Brotherhood: Politics, Social Life, and the Coming of the Civil War, examines how the social lives of federal politicians in Washington created a political fraternity that left them unprepared for and surprised by the secession crisis. Her current book project, entitled The Political Supreme Court, examines the political world of U.S. Supreme Court justices from the early nineteenth century to the 1890s. You can learn more about this project from some of her public writing and speaking. Shelden teach courses on the Civil War era, the history of U.S. slavery, constitutional history, and the memory and culture of the mid-nineteenth century. As the director of the Richards Center, Shelden oversees several important projects including the flagship journal of the period The Journal of the Civil War Era, the annual Brose Lecture Series, and a prominent post-doctoral fellowship program. She is also the series editor for the Brose Book Series at the University of North Carolina Press. Before coming to Penn State, Shelden was an associate professor at the University of Oklahoma (OU) and an affiliated faculty member at the Institute for the American Constitutional Heritage at OU. 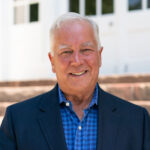 John E. Jones III ’77, P’11, was officially named the college’s 30th president on Feb. 28, 2022. He was named interim president of Dickinson in summer 2021. Jones previously served as chair of Dickinson’s board of trustees and retired as chief judge of the U.S. Middle District Court of Pennsylvania, a position to which he was appointed by President George W. Bush and unanimously confirmed by the United States Senate in 2002.

The annual program is endowed through the generosity of Winfield C. Cook, former Dickinson Trustee. Each year the Clarke Forum invites a prominent public figure to campus to speak on a contemporary issue related to the Constitution. The event celebrates the signing of the United States Constitution and commemorates Dickinson’s connection to that document, through John Dickinson’s participation as an original signer. Previous speakers have included Kenneth Starr, Ira Glasser, Lowell Weicker, Marjorie Rendell, Tom Ridge, Michael Chertoff, Kimberlé Crenshaw, and Ibram X. Kendi.