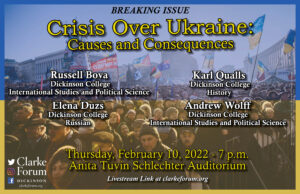 Crisis Over Ukraine: Causes and Consequences

Our faculty panelists will offer insights and expertise to help understand the situation in Ukraine beyond today’s headlines. They will discuss the historical, political, and social contexts that underlie current realities in both Ukraine and Russia. 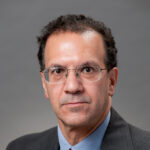 Russell Bova is the J. William Stuart & Helen D. Stuart ’32 Chair in International Studies and a professor of political science at Dickinson College. He received his B.A. from the State University of New York at Buffalo and his M.A. & Ph.D. from Indiana University. His publications on Russian politics and issues of democratization have appeared in journals such as World Politics, Soviet Studies, and Journal of Democracy and in numerous edited volumes. He is the editor of a book entitled Russia and Western Civilization: Cultural and Historical Encounters (ME Sharpe) to which he also contributed a chapter on Russian political culture. The third edition of his text on international relations entitled How the World Works: A Brief Survey of International Relations (Pearson) was published in 2016. 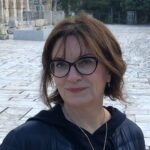 Elena Duzs is associate professor of Russian a Dickinson.  She teaches Russian language, literature and culture and has directed Dickinson-in-Moscow program.  Her recent courses include Russian Theater, War in Russian Literature and Film, Russian Through Art, and Russia and the West.  Her research is focused on contemporary Russian poetry, especially on intersection of poetry and politics. Duzs grew up and received her education in Russia.  In her teaching she promotes empathetic understanding of every country’s perspective. 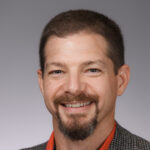 Karl Qualls is the W. Gibbs McKinney Chair in International Education and professor of history at Dickinson College. His Stalin’s Niños: Educating Spanish Civil War Refugee Children in the Soviet Union, 1937-51 (Toronto, 2020) examines special “third-space” boarding schools designed for the refugee children and the methods used to develop the children into hybrid Hispano-Soviets. His From Ruins to Reconstruction: Urban Identity in Soviet Sevastopol after World War II (Cornell, 2009) challenged notions of totalitarianism, investigated the creation of historical myths, and outlined the role of monuments and urban spaces in identity formation in a city torn between Ukraine and Russia. His teaching interests include Russian and German history, the Holocaust, interwar Europe, dictators, urban history, refugee history, history of childhood, and more. 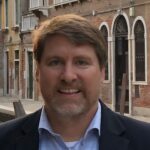 Andrew Wolff is an associate professor of political science and international studies at Dickinson College. He holds a B.A. in politics and European history from Washington and Lee University (1995), a M.A. in European studies from Johns Hopkins University’s School of Advanced International Studies (2003), and a Ph.D. in international relations from Johns Hopkins University’s SAIS (2010). Most recently, Wolff has been an associate fellow at Johns Hopkins University SAIS – Europe in Bologna, Italy (2020-2021) and a Fulbright NATO Security Studies scholar hosted by the College of Europe in Bruges, Belgium (Fall 2021).  Wolff’s primary research interests are NATO enlargement, European security issues, and American foreign policy. He is currently writing a book on multi-layered decision-making in Europe.

Are We On the Brink of War? An Interview With Dmitri Trenin (Carnegie Moscow Center)

From Ukraine to Yemen, U.S. Arms Industry Reaps the Spoils of War (The Graystone via YouTube)