This event is in-person only. It will not be livestreamed or recorded.

ARRIVALS: What’s Left Behind, What Lies Ahead

ARRIVALS: What’s Left Behind, What Lies Ahead is a collaborative multidisciplinary project that is recording and disseminating the stories of refugees and immigrants that are living in Idaho and the Native Americans that have been displaced from their ancestral lands. As of February 2019, refugees and immigrants from over 100 countries have agreed to participate in a project .

Although Idaho is reputed to be a place of relative cultural homogeneity, the stories of Idaho’s people are layered and complex. Idaho has long been a place where Native Americans have lived or relocated. For three hundred years, it has been a place where other migrants and immigrants have lived and sometimes stayed; some were welcomed, and some were rebuffed. More recently, Idaho has become a place that embraces refugees and immigrants from around the globe.

The event is sponsored by the Clarke Forum for Contemporary Issues and co-sponsored by the the Center for Civic Learning & Action and the Department of Art & Art History.

Andy Bale is a member of the art and art history department at Dickinson College where he has been a lecturer of photography since 2013. Bale has over 20 years of experience teaching photography in higher education and to both youth ranging in age from 8-15 and adults in continuing education courses. He has directed two photographic study abroad programs, one to Tanzania in 2016 and one to Rwanda in 2019. Bale has led/co-led photography workshops regionally, nationally, and internationally and in 2023 is scheduled to co-lead visual storytelling workshops at conferences on refugees in Boise, Idaho and Slovakia. Bale’s photography has been exhibited nationally and internationally in group and solo exhibitions since 2004. He has served as the 2008 artist-in-residence for the Foundation Espace Ecureuil in Toulouse, France and the guest artist at SCAD’s Lacoste, France campus that same year. He was a photography team member for the Ese’Eja Cultural Mapping Project, supported by a National Geographic Geno-graphic Legacy Fund Grant, and the photo editor for the documentary-style book, Ancestral Lands of the Ese’Eja, the True People. Bale co-created a traveling exhibition to accompany this project titled, The Ese’Eja People of the Amazon: Connected by a Thread, which has been installed at over 20 different venues throughout the U.S. and was most recently on display for one year at The Field Museum in Chicago. 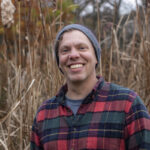 Jon Cox is a community-engaged collaborative artist that works primarily in the field of photography on the local, national, and international levels. His work focuses on projects where he acts as a facilitator to empower underrepresented populations to tell their stories, describe their challenges, and share them with the rest of the world. Cox is president of the Amazon Center for Environmental Education and Research (ACEER Foundation) and an associate professor in the Department of Art & Design at the University of Delaware. He serves as a board member of the Dorobo Fund for Tanzania, is a 2013 National Geographic Explorer, and is a full fellow of the Explorers Club. He has directed twenty-three photographic study abroad programs, including destinations in Antarctica, South East Asia, Tanzania, Australia, Tasmania, Argentina, and Peru. Cox co-authored a book titled, Ancestral Lands of the Ese’Eja: The True People and co-created a traveling exhibition to accompany this project titled, The Ese’Eja People of the Amazon: Connected by a Thread. Cox also co-authored Hadzabe, By the Light of a Million Fires, with an accompanying traveling exhibition titled Hadzabe: Roots of Equality.