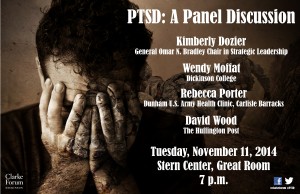 Posttraumatic stress disorder (PTSD) is a mental health condition that is triggered by experiencing or witnessing a terrifying or traumatic event.  It is not a unusual for veterans returning from war to experience this condition, whether the condition is brief, prolonged, or permanent.  It is estimated that 11-20% of veterans of the Iraq and Afghanistan wars are suffering from PTSD. This panel discussion will approach the complex issue of PTSD from multiple perspectives.

Join the conversation on Twitter with #clarkeforum and #PTSD.

This event is sponsored by The Clarke Forum for Contemporary Issues. 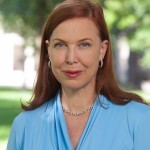 Kimberly Dozier is a contributor to The Daily Beast and CNN, and former correspondent at the Associated Press and CBS News. She holds the 2014-2015 Gen Omar Bradley Chair — a joint initiative among the United States Army War College, Dickinson College and Penn State University Dickinson School of Law and School of International Affairs.

Dozier has received many Edward R. Murrow Awards; a Peabody Award; and three American Women in Radio and Television (AWRT) Gracie Awards. She is the first woman journalist to receive the National Medal of Honor Society’s Tex McCrary Award for her coverage of Iraq. She is a member of the Council of Foreign Relations. 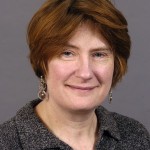 Wendy Moffat, professor of English at Dickinson College, is the author of the award-winning biography A Great Unrecorded History: A New Life of E. M. Forster ( 2010.) A scholar of 20th century British and American culture, she is writing a dual biography of the psychiatrist Dr. Thomas Salmon and the war correspondent Elizabeth Shepley Sergeant in World War I.

COL Rebecca Porter received her Army commission from the University of Washington in 1983 where she was a Distinguished Military Graduate and began her Army career as a military police officer. She entered the doctoral program in clinical psychology at Fielding Graduate University in 1992. In 1995, she transferred from the MP Corps to the Medical Service Corps and returned to active duty to complete the Clinical Psychology Internship Program at Tripler Army Medical Center, Hawaii. She is also a graduate of Tripler’s Postdoctoral Healt 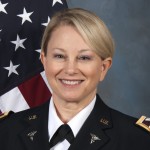 h Psychology Fellowship and a board certified clinical health psychologist.

Porter’s Army assignments include serving as congressional liaison in the Office of the Chief of Legislative Liaison, special assistant for Army Well-Being to the chief of staff of the Army (General Eric Shinseki), director of Psychological Health for the Army and chief of the Behavioral Health Division at the Office of the Army Surgeon General. She is currently the commander of the Dunham U.S. Army Health Clinic at Carlisle Barracks, Pennsylvania; a member of the Science Advisory Board for the Military Child Education Coalition; past president of the Society for Military Psychology; a diplomate of the American Academy of Clinical Health Psychology; a fellow of the American Psychological Association; and a member of the Order of Military Medical Merit. 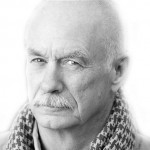 David Wood is the senior military correspondent for The Huffington Post. His series on severely wounded veterans of Iraq and Afghanistan won the 2012 Pulitzer Prize for national reporting.

He has been a journalist since 1970, a staff correspondent successively for Time Magazine, the Los Angeles Times, Newhouse News Service, The Baltimore Sun and AOL’s Politics Daily. A birthright Quaker and former conscientious objector, he covered guerrilla wars in Africa as Time Magazine’s Nairobi bureau chief (1977-1980). As a Washington-based correspondent since 1980, Mr. Wood has reported on national security issues at the White House, Pentagon and State Department, and has covered conflicts in Europe, Africa, the Middle East and Central America.