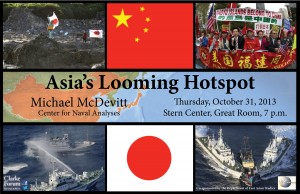 Rear Admiral McDevitt will discuss the increasingly contentious dispute between China and Japan concerning sovereignty over the Senkaku/Diaoyu Islands in the East China Sea and the implications this dispute has for U.S. foreign policy.  This talk is one of a series on “Hidden Dangers: Emerging Global Issues of the 21st Century” sponsored with the World Affairs Council of Harrisburg, Pennsylvania. 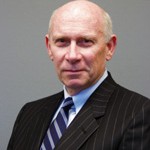 Rear Admiral Michael McDevitt, U.S. Navy (ret) is a senior fellow associated with CNA Strategic Studies, a division of the Center for Naval Analyses (CNA); a not-for- profit federally funded research center in Washington D.C. During his 16 years at CNA, as both a manager and vice president and now as a fellow, he has had a number of papers published. His most recent research focus has been the maritime security issues along the Indo-Pacific littoral, the U.S. rebalance to Asia and the maritime dimension of China’s national strategy.

During his navy career Rear Admiral McDevitt spent his operational time in the Pacific, including a two year assignment in Sasebo, Japan. He held four at-sea commands; including an aircraft carrier battle-group. He was the director of the East Asia Policy office for the Secretary of Defense during the George H.W. Bush Administration. He also served for two years as the director for strategy, War Plans and Policy (J-5) for US CINCPAC.  Rear Admiral McDevitt concluded his 34 year active duty career as the commandant of the National War College in Washington DC.