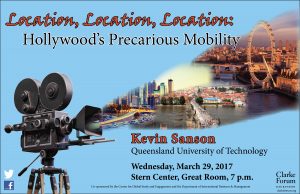 Drawing from interviews with location managers in Atlanta, London, and Budapest, among other key production hubs, this talk moves past abstract discussions of ‘runaway production’ to map the transformations mobile film and television production engenders within the work worlds of key local crew positions. 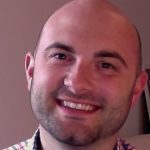 Kevin Sanson is a senior lecturer in the creative industries faculty at Queensland University of Technology. Previously, he was the research director of the Carsey-Wolf Center’s Media Industries Project at the University of California, Santa Barbara. Dr. Sanson also is a founding member and current managing editor of Media Industries, the first peer-reviewed, open access journal for media industries research.

Precarious Creativity is available in print and as an open access publication from the University of California Press: http://www.luminosoa.org/site/books/10.1525/luminos.10/