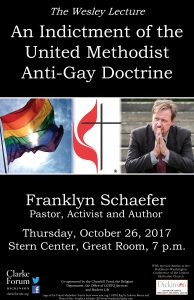 An Indictment of the United Methodist Anti-Gay Doctrine

Does the United Methodist anti-gay doctrine violate John Wesley’s “do-no-harm” rule? Testimonies of queer church members and an analysis of a study by the American Psychology Association strongly suggest that it does. 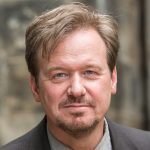 Rev. Franklyn Schaefer is a United Methodist pastor, chaplain and author (Defrocked, 2014). He and his wife immigrated from Germany in 1990. After obtaining a master’s of divinity from Princeton Theological Seminary (1996) and following ordination as an elder (1998), he served two church appointments in Pennsylvania. In between appointments, he obtained a clinical pastoral education degree from Penn State University while working as a resident chaplain at Hershey Medical Center. (2001-2002). In a highly publicized United Methodist Church trial he was defrocked in 2013 for officiating at his son’s same-sex wedding after refusing to denounce gay marriage rights. He was reinstated on an appeal in June 2014, a ruling that was upheld by the Church’s highest Court in October 2014. Schaefer has became a national advocate for human rights while also pioneering the University U.M. Church restart in Isla Vista, California.