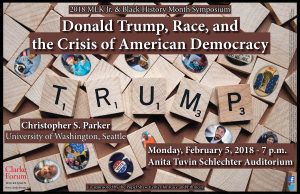 Donald Trump, Race, and the Crisis of American Democracy

The Democratic Party likes to make the argument that Trump can be defeated by wooing working-class whites. A classed-based strategy must be scrapped in favor of one that emphasizes race. 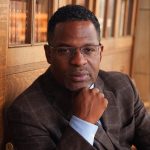 Christopher S. Parker is Stuart A. Scheingold Professor of Social Justice and Political Science in the department of political science at the University of Washington, Seattle. After serving in the military for a total of ten years, and another five as a probation officer for Los Angeles County, Parker attended UCLA. He then earned his doctorate at the University of Chicago. Parker is the author of Change They Can’t Believe In: The Tea Party and Reactionary Politics in America (Princeton). Parker’s award-winning first book, Fighting for Democracy: Black Veterans and the Struggle Against White Supremacy in the Postwar South, was also published by Princeton University Press. He resides in Seattle.