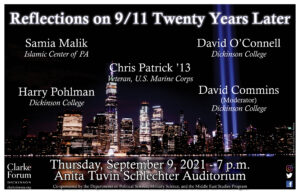 The panelists will offer perspectives on how 9/11 changed politics, law, and everyday life in the United States.

This program is sponsored by the Clarke Forum for Contemporary Issues and co-sponsored by the departments of political science and military science, and the Middle East studies program.

Samia Malik, was born in Chennai, South India. She and her husband have resided in Mechanicsburg for over 40 years.

She is co-founder of Community Responders Network and serves on the board of the Governor’s Commission on Asian Pacific Affairs and the board of the Islamic Center of PA. She has also volunteered for many other organizations including women’s and homeless shelters, soup kitchens, YWCA, among others.

She is the recipient of many awards for her Peace-making work from several Mosques, Market Square Presbyterian and the World Affairs Council. She is also the recipient of the 2016 SAGE award from Harrisburg Magazine and Messiah Lifeways, the Ella Frazier award  from the YWCA for her bridge building work, and a President award for teaching sensitivity training to Police and Criminal Justice Reform groups. 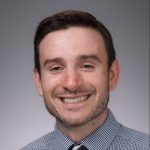 David O’Connell is an associate professor of political science at Dickinson College.  His major research interests include the presidency, Congress, and the role of religion in American politics.  He is the author of God Wills It: Presidents and the Political Use of Religion (Routledge, 2014), and his other research has appeared in Presidential Studies Quarterly, Politics and Religion, Social Media + Society, Online Information Review, Political Science Quarterly, and White House Studies.  Prof. O’Connell is a frequent media commentator on American politics, having been interviewed by C-SPAN, Fox News, ABC 27, CBS 21, FOX 43, WGAL 8 and WITF, and quoted by national print outlets ranging from CNN to the Associated Press. He previously received a M.A., M.Phil., and Ph.D. in political science from Columbia University, and holds a B.A. in political science and economics from the University of Pennsylvania, where he graduated with Phi Beta Kappa honors.  Prof. O’Connell is the 2018 recipient of Dickinson’s Constance & Rose Ganoe Memorial Award for Inspirational Teaching. 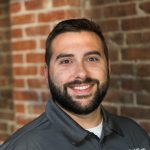 Christopher Patrick ’13  started his professional life in 1998 when, at the age of 15, he worked as a laborer at Bob Means Plumbing. After graduating from high school, Patrick enlisted in the U.S. Marine Corps and served as an infantryman from 2002-2006, which included three tours in Iraq. He later served in the U.S. Marine Reserves, from 2008-2009. Patrick was decorated for his service in Iraq as well as for his leadership in the Marine Reserves. Following the Marine Corps, he worked in the banking industry before enrolling at Dickinson College in Carlisle.

In 2013, Patrick graduated from Dickinson with a BA in Middle East Studies. While at Dickinson, his academic focus was on modern Middle Eastern politics with a specific focus on Iraq and the Persian Gulf and US policy in the region. As an intern at the Peacekeeping and Stability Operations Institute at the US Army War College, Patrick analyzed the US Army’s existing peacekeeping procedures and researched plans for future operations.

After graduation, Patrick returned to his roots at Bob Means Plumbing, and in 2018, purchased the company. Under his leadership, Bob Means Plumbing nearly tripled in size. In 2020, Chris led a re-birth of the company with a clear vision and focused mission built on core values ingrained in him during his time in the Marine Corps. 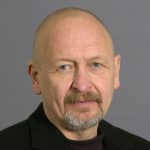 Harry Pohlman is the A. Lee Fritschler Professor of Public Policy and professor of political science at Dickinson College. He received his Ph.D. from Columbia University in 1982.  Pohlman’s teaching inter­ests include American constitutional law, other law-related courses, and political and legal philosophy. His published works include Terrorism and the Constitution: The Post-9/11 Cases (2008), U.S. National Security Law: An International Perspective (2018), Free Speech and Censorship: Examining the Facts (2019), Voting in America: Examining the Facts (2020), and titles on such subjects as civil rights and liberties, the justice system, and governmental authority and accountability. 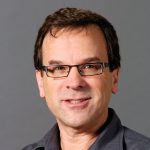 David Commins is Professor of History and the Benjamin Rush Distinguished Chair in Liberal Arts and Sciences at Dickinson College where he teaches courses on Middle East history. He is the author of books on Saudi Arabia, Syria, and modern Islamic thought.