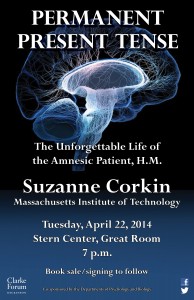 Relying on 55 years of behavioral and imaging studies, Corkin shows that short-term, long-term, declarative, and nondeclarative capacities of memory rely on different brain circuits.  The case of Henry Molaison, who at age 27 underwent an experimental brain operation that left him in dense amnesia with a preserved intellect, will be discussed in some detail.  A book sale and signing will follow. 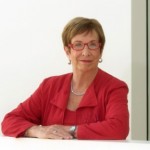 Suzanne Corkin is professor of neuroscience, emerita in the Department of Brain and Cognitive Sciences at MIT. She arrived at MIT in the fall of 1964, having just received her Ph.D. in comparative and physiological psychology from McGill University. Her first accomplishment was establishing the Behavioral Neuroscience Laboratory at the newly opened Clinical Research Center. She joined the faculty in 1981 as an associate professor. Corkin’s research over the last 48 years has focused on the study of patients with neurological disease, with the goal of linking specific cognitive  processes, particularly memory, to discrete brain circuits. She described the long-term consequences of head injury in World War II and Korean War veterans, and the safety and efficacy of a psychosurgical procedure, cingulotomy, in patients with medication resistant psychiatric disease. Her subsequent research focused on the neural underpinnings of age-related degenerative diseases, including Alzheimer and Parkinson. She and her colleagues developed behavioral tasks that elucidated the nature and severity of individual Parkinson and Alzheimer patients’ cognitive and psychiatric deficits, and innovative neuroanatomical labeling tools for visualizing brain regions that are targeted by PD or AD pathophysiology. Corkin also examined the cognitive neuroscience of healthy aging, combining behavioral testing with magnetoencephalography, fMRI, and MRI methods to characterize the neurobiological and information processing mechanisms underlying decreased cognitive control in healthy aging. She is well known for her investigation of the famous amnesic patient, H.M., whom she met in 1962 and studied until his death in 2008. Corkin’s book, Permanent Present Tense, was published in May 2013.