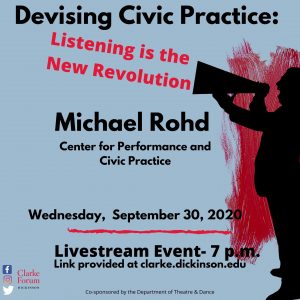 Center for Performance and Civic Practice

Rohd, lead artist for Civic Imagination at Center for Performance and Civic Practice and founding artistic director at Sojourn Theatre, will speak about the work  of arts and culture in this moment of Global Pandemic, Social Justice Uprising and Black Lives Matter. In his work with arts councils, artists, non-profits and local governments around the country, he is an advocate and bridge-builder for the contributions artists can make in moments of change, re-imagining and transformation. 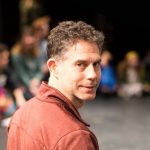