This event is sponsored by the Clarke Forum for Contemporary Issues and Penn State Dickinson School of Law and co-sponsored by the Division of Student Life, the Women’s and Gender Resource Center, and the departments of American studies, economics, sociology, and women’s and gender studies. It is also part of the Clarke Forum’s Leadership in an Age of Uncertainty Series. 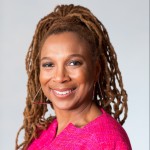 Kimberlé Crenshaw, professor of law at UCLA and Columbia Law School, is a leading authority on civil rights, Black feminist legal theory, and race, racism and the law. She is the founding coordinator of the Critical Race Theory Workshop, and co-editor of the volume, Critical Race Theory: Key Documents That Shaped the Movement. Crenshaw’s groundbreaking work on “Intersectionality” has traveled globally and was influential in the drafting of the equality clause in the South African Constitution.

Crenshaw is the co-founder and executive director of the African American Policy Forum, a gender and racial justice legal thinktank, and the founder and executive director of the Center for Intersectionality and Social Policy Studies at Columbia Law School. She is a leading voice in calling for a gender-inclusive approach to racial justice interventions, having spearheaded the Why We Can’t Wait Campaign and co-authored Black Girls Matter: Pushed Out, Overpoliced and Underprotected, and Say Her Name: Resisting Police Brutality Against Black Women.