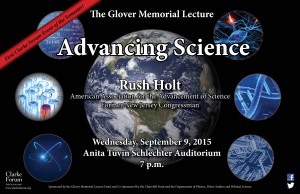 American Association for the Advancement of Science (AAAS)

Science is, as physician and essayist Lewis Thomas wrote, the “shrewdest maneuver” for discovering the world. Asking questions that can be answered empirically and engaging in open communication so that others can collectively review and verify possible answers lead to the most reliable knowledge—a knowledge that is powerfully applicable in daily life. To thrive, however, science needs the support of the society it serves, and that support must be cultivated. 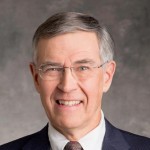 Rush D. Holt, Ph.D., became the 18th chief executive officer of the American Association for the Advancement of Science (AAAS) and executive publisher of the Science family of journals in February 2015. In this role, Holt leads the world’s largest multi-disciplinary scientific and engineering society.

Over his long career, Dr. Holt has held positions as a teacher, scientist, administrator, and policymaker. From 1987 to 1998, Holt was assistant director of the Princeton Plasma Physics Laboratory (PPPL), a Department of Energy national lab, which is the largest research facility of Princeton University and one of the largest alternative energy research facilities in the country. At PPPL, Holt helped establish the lab’s nationally renowned science education program. From 1980 to 1988, Holt served on the faculty of Swarthmore College, where he taught courses in physics and public policy. In 1982, he took leave from Swarthmore to serve as an AAAS/American Physical Society Science and Technology Policy Fellow on Capitol Hill. The Fellowships program, dating to 1973, places outstanding scientists and engineers in executive, legislative, and Congressional branch assignments for one or two years; by early 2015, the program had served nearly 3,000 alumni working worldwide in the policy, academic, industry, and nonprofit realms. Holt has said that his AAAS S&T Policy Fellowship was “life changing,” and served as a springboard to his role in Congress. He also served as an arms control expert at the U.S. State Department, where he monitored the nuclear programs of countries such as Iraq, Iran, North Korea, and the former Soviet Union. In 1981, Holt was issued a patent for an improved solar-pond technology for harnessing energy from sunlight.

Before coming to AAAS, Holt served for 16 years as a member of the U.S. House of Representatives, representing New Jersey’s 12th Congressional District. In Congress, Holt served as a senior member of the Committee on Natural Resources and the Committee on Education and the Workforce. On Capitol Hill, Holt established a long track record of advocacy for federal investment in research and development, science education, and innovation. He served on the National Commission on the Teaching of Mathematics and Science (known as the Glenn Commission), founded the Congressional Research and Development Caucus, and served as a co-chair of the Biomedical Research Caucus. Holt served eight years on the Permanent Select Committee on Intelligence and, from 2007 to 2010, chaired the Select Intelligence Oversight Panel, which worked to strengthen legislative oversight of the intelligence community. His legislative work earned him numerous accolades, including being named one of Scientific American magazine’s “50 National Visionaries Contributing to a Brighter Technological Future” and a “Champion of Science” by the Science Coalition. He has also received awards from the American Chemical Society, the American Association of University Professors, the National Association of Graduate-Professional Students, the American Institute for Medical and Biological Engineering, the Council of Scientific Society Presidents, the American Geophysical Union, and the Biotechnology Industry Organization. Holt is also a past recipient of two of AAAS’ highest honors: the William D. Carey Lectureship Award (2005) and the Philip Hauge Abelson Award (2010).

From December 2014 to February 2015, Holt was appointed a Director’s Visiting Scholar at the Institute for Advanced Study in Princeton, New Jersey.

Holt is a Phi Beta Kappa graduate of Carleton College in Northfield, Minnesota, and he holds M.A. and Ph.D. degrees in physics from New York University. He is an elected fellow of AAAS, the American Physical Society, and Sigma Xi, and he holds honorary degrees from Monmouth University, Rider University, and Thomas Edison State College. He is married to Margaret Lancefield, a physician, and they have three children and seven grandchildren.

The Glover Memorial Lectures are usually presented in alternate years. This lectureship in science was established in 1958 in memory of John Glover of Newcastle-upon-Tyne, England, the inventor of the Glover Tower, and in memory of his son and grandson, Henry and Lester Glover, by the late Dr. John D. Yeagley and Mrs. Yeagley of York, Pennsylvania. Recent Glover Lectures include Peter Brancazio’s “Sports on the Moon,” Clint Sprott on “The New Science of Chaos,” Dr. Dorrit Hoffleit’s presentation on “A Century of Women in Astronomy,” Lawrence Krauss’ lecture on “The Physics of Star Trek,” Albert Bartlett’s lecture on “Arithmetic, Population, and Energy,” and David Lee’s lecture on “Superconductivity and Superfluidity: A Century of Discovery.”